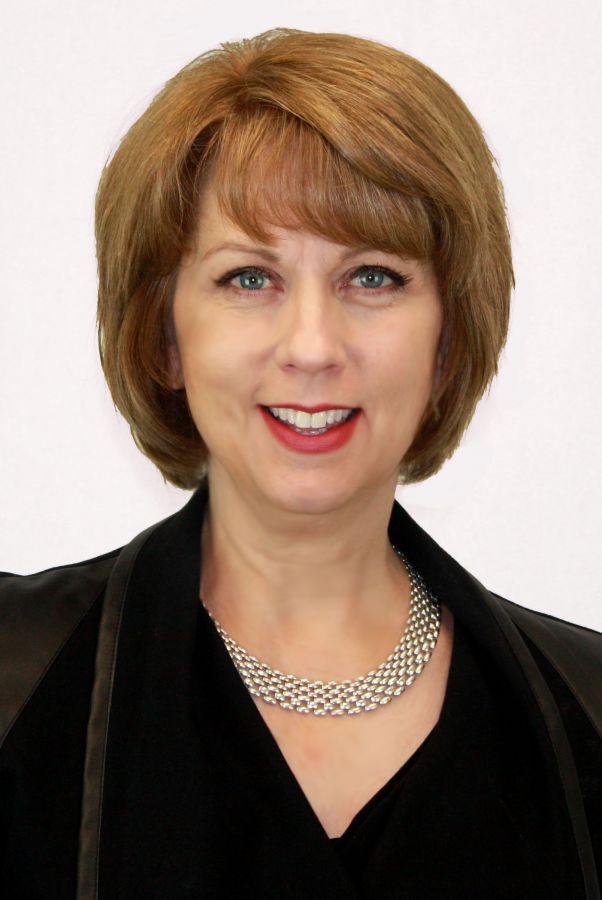 After a long fight with stage four lung cancer, Wendy Jean English passed away peacefully in her sleep on Friday, May 3, 2019, at the age of 60.

She was born on February 24, 1959 at Hill Air Force Base to a career military family. She lived in Japan, New York, California, and England during her early years before settling in Brigham City for High School. She also visited Grass Valley, California regularly to see her grandmother.

She attended Box Elder High School in Brigham City, Utah, and college at Brigham Young University, Provo, where she majored in Public Relations. While a student, she met the love of her life, and four months after their first date, she and Rick were married in the Salt Lake City Temple on February 15, 1980.

After Rick graduated, the new family moved to a small town called Seminole, deep in the West Texas desert, and later to Wichita Falls, Texas. When in 1986 the oil industry began to shrink, the family moved to Brigham City, Utah, where Rick worked as a Rocket Science Engineer at Morton Thiokol, now Northrup Grumman.

Wendy was then free to continue to pursue her college degree, which she was awarded while five months pregnant with their fifth child.

After her youngest child made it to junior high, Wendy entered the workforce, working as a trainer, consultant, public speaker, salesman, and finally the Director of the Small Business Development Center for Box Elder County. She was a valued member of the local business community and helped many small businesses get off the ground. She is also the author of a book on resiliency for young women called Young Women Bouncing Back.

She was a life-long member of the Church of Jesus Christ of Latter-day Saints and served in many capacities, including Young Women Advisor, Seminary Teacher, Family History Consultant, Relief Society President, and many others.

She is survived by her husband Richard, their children Ryan, Crystal Arbon (Tim), Miles (Betsey), Emily Jeppsen (Brady), and Kelson (Alexia), her siblings Michael Gougler, Judy Dimmock, and Daniel Gougler, and nine grandchildren. She is preceded in death by her mother, Norma Jean Gougler, and father, George Marvin Gougler.

Wendy will be missed for her bright spirit, her boundless energy and optimism, her compassion, and her charm. Perhaps the best measure of her life is the many sincere friendships she leaves behind and the legacy of faith her family will endeavor to uphold.

Interment will be in the Brigham City Cemetery. Send condolences to www.gfc-utah.com.

Emily, I am so sorry that j didnt see this earlier. I have many fond memories of you and your Mom. I will keep you in my prayers. Love, Miss Shea

I want to send my condolences to Wendy's family. I worked with her at the SBDC. She believed in me, inspired me & helped me push on. I did her hair in January it was a delight visiting with her. She spoke of her family with such love. I know you will miss her enormously. I have no doubt that part of her lives in each you! I pray that God's love & comfort wraps around you.
Therina Simmons

Wendy was filled with such love and generosity. Her kindness extended to all who were within her circle. She went out of her way to be of Service and we are forever grateful for her friendship. Knowing Wendy brought all of us such joy and we are saddened by her passing but are comforted by the beautiful memories and knowing that she is with our Lord.
We LOVE You Wendy and you will always have a place in our hearts.
Much Love - Stacey Schieffelin - Debbie Saviano - Sharon Tochterman - David Schieffelin and the entire Women's Leadership LIVE Team.

Aunt Wendy's light and loving spirit will be missed in this world. She was a shining example and I always looked up to her for her enthusiastic, positive outlook on life. She always made me laugh and feel so good no matter the circumstance. I remember vividly the day she married Rick. I was just 8 years old, and thought she was the most beautiful woman I had ever seen. In the middle of all of the hustle and bustle, she took the time to give me the biggest hug and I so cherish that memory. That was Wendy - always finding the moment to make others feel good no matter what was going on around her. I'm so sorry for her struggle and pain in this life, and hope she has found peace in the next. Love to all. Lisa

I have only known Wendy for a short time. I just adored this woman. She helped me in so many ways in my business. So smart and willing to give words of encouragement and help where ever she could.
The world will miss this great woman. Anyone who worked with her will miss her terribly. A giant among women, a person to learn from, and follow in her footsteps. I will miss you and thank you so much for sharing your life with me and making a difference forever.
Rowena Montoya


Dear Family. We are all better at the SBDC Team for knowing Wendy. She was quiet and a bright light to those she met and worked with. Thank you for sharing her with us.

I last met with Wendy last fall in Washington DC for meetings. It was just 2 weeks after my wife passed away and only days after her funeral. She offered compassion and comfort, and a good laugh about "life". She brings out the good in the world. Another good person gets to go "home", but she will always be with you.

As one who only worked with Wendy occasionally this came as a shock. She never complained at our meetings about being ill and from her attitude you would never have known. I didn't know. She was one of the brightest lights. I'm saddened and miss her already.

My deepest sympathies to your family. Losing someone we love is never easy to accept. May God provide comfort and peace to your family during this difficult time. (2 Corinthians 1:3,4)

Wendy, we will love you forever! I don't remember exactly how we met, but it seemed that I knew you forever. There are few people in the world that make such a huge impact on so many, but my dear, you impacted us all. Fly now. We will all miss you.

Wendy was the first person I met when I moved to Brigham City in 1994, I met her at a drawing class, and when she learned I was knew to the area in every sense, she made sure to make feel welcome, she arranged a neighbor luncheon so I can meet other mother's, she introduced her kids to mine and my son became a good friend with Miles, she was very warm and sincere.
Thank you Wendy for making me feel welcome and teaching me how to become part of Brigham City. You will be missed dearly.
My sincere condolences to Rick, Ryan, Crystal, Emily and Kelson.

Wendy was there to help me receive so many blessings. She helped me make applesauce 😘. I truly will miss her😇

The attached photos are added to the memorial of Wendy Jean English to help share their legacy.

A little planning now makes a big difference later. Sign up for our free funeral planning reminders to ensure this importan...

Planning for the inevitable is a gift. Use our Will Checklist to start getting organized today, and have the gift of planni...