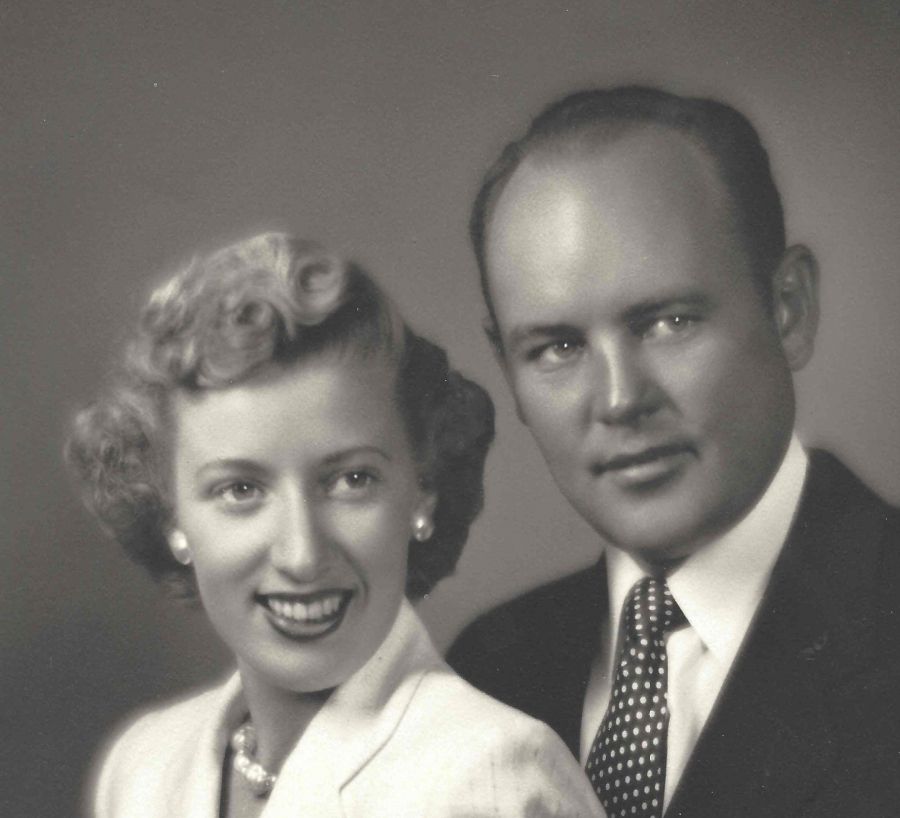 Beloved husband, father and grandfather, Quinn Morrison Eskelsen, passed on to rejoin his sweetheart and other family members on Tuesday, September 10, 2019. As was his wish, he died at home in hospice care. He was 95.

Quinn was born July 25, 1924 in Brigham City, Utah, to Ruel M. and Elizabeth Eskelsen, the third of their seven children. He is the last of his siblings to pass on. He grew up in Brigham City and graduated from Box Elder High School in 1942, then attended Utah State University while awaiting notification of the draft for World War II. He joined the U.S. Army in 1943 and served in the Pacific as a 1st Lieutenant in the 96th Infantry Division, in Okinawa and the Philippines and was awarded the Purple Heart and Bronze Star. After the war, he resumed his education at the University of Utah, studying geology. He joined the Utah National Guard in 1948. When the Korean War began, his National Guard unit was called into service and he served from 1950 to 1952 as Captain of a mobile artillery unit, in which he was awarded a second Bronze Star.

On his return from service in Korea, he met a lovely stewardess on the United Airlines flight home named Ruth Thatcher. After courtship and graduation from the University in Utah in 1952 with a Master's Degree in Geology, they married July 11, 1953 in Salt Lake City. Their first home was in Durango, Colorado, where he worked for Shell Oil Company mapping mining claims in the Four Corners Region. They welcomed three boys to the family during this time.
In 1961, his position with Shell was eliminated and he needed to find new work. Back home to Brigham City seemed a good prospect, as the aerospace industry was expanding there. He was hired by Thiokol Corp. as an engineer, they found the home on Holiday Drive, and soon welcomed their fourth child, a daughter. Quinn worked for Thiokol 28 years on the Minuteman and Space Shuttle programs, retiring in 1989.

Raising his family in his home town, he taught his children about the blessings of their ancestors, about the natural world and their place in it. He loved golf, hunting and fishing and was active in the conservation of wetlands at the Bear River Migratory Bird Refuge. His example of devotion and care for Ruth during their years together was a profound example and inspiration to all.

Quinn was preceded in death by his beloved wife, Ruth Thatcher in 2005; and by his eldest son, Ruel Jesse, in 2011. He is survived by sons, David (Carla) Eskelsen; Douglas (Cynthia James) Eskelsen; daughter, Amy Eskelsen and Lily Eskelsen-Garcia (Alberto), daughter-in law. He has seven grandchildren and six great-grandchildren.
Quinn is a lifelong member of the Church of Jesus Christ of Latter-day Saints. In his later years he faithfully attended the Brigham City 14th Ward, even when his advancing years made walking extremely difficult.

Quinn's family offers deep and abiding gratitude to the members of the 14th Ward, as well as other neighbors and friends who cared for him, especially the past two years. His care-givers, Dorthy and Anita from the firm, Ali's Angels, deserve special thanks for their gentle, loving manner with Quinn as they cared for him to the very end. They all made possible his wish to meet the end of his life in the home he loved for so many years.

He willingly faced mortal danger in service to his country, and he faced his death with a courage and sparkling humor that marked his entire life. His last battle is over, and he is at rest in the company of his sweetheart, his family and his brothers-in-arms.

Memorial services will be held Monday, September 16, 2019, at 1:30 p.m. at the LDS Ward Chapel at 650 Anderson Dr, Brigham City, Utah. Friends may visit before the service at the church beginning at 11:30 a.m. Interment will be in the Brigham City Cemetery where military honors will be accorded.
Send condolences to www.gfc-utah.com

Quinn was a great mentor to me and others at work at Thiokol Chemical Corp. (Wasatch Division). During the post Space Shuttle Challenger accident redesign and great challenge to return to flight Quinn was a key nozzle project engineer. He was always very positive and precise about his projects and always completed them on time. What a great example to me of integrity and excellent work ethics. He was always a good friend and good listener and provided great advice.
Eddie Diehl, Brigham City UT

Well done, Uncle Quinn. We are so thankful for the good times and good example that you showed to us grandkids as we grew up. We have our work cut out for us to match your example in the legacy that we leave our own children and grandchildren.
RIP Uncle Quinn!
Scott and Diane

Quinn was one of my favorite seniors in the 14th ward. He would always come to the monthly senior singles fireside and any activities we had. He was a kind and special man with great history stories to share. He will be missed. Bonnie Horton

You thought me how to hunt, fish and so many other things I Cherish in life today, your a true hero Grandpa and will be miss and thought of often. I’m so glad to have be given the opportunity to be a part of your amazing family and legacy. Forever in our hearts.

I had the privilege of working with Quinn at Thiokol and found him to be a person of the highest quality -- not only his professionalism, but his kindness and intelligence as well. I very grateful I had the experience of knowing him.

The attached photos are added to the memorial of Quinn Morrison Eskelsen to help share their legacy.

Thank you for sharing your memory of Quinn

What do you do?

View this free resource to aide you in your time of immediate grief.