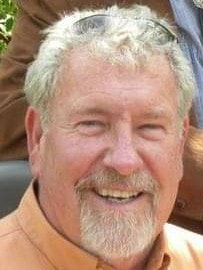 Amazing husband, father and grandfather, Scott Bradford Bodell, passed away on November 14, 2019 after fighting a courageous battle against Multiple Sclerosis.
Scott was born on August 8, 1949 to Pearl Scott and John Martell Bodell, in Salt Lake City, Utah.
Scott was a loving father to 5 kids; Cheryl, Jennifer, Scott, Brook and Whitney.
In 1985 Scott fell in love with Debbie Powell Bodell and became a loving father to 4 more kids; Dusty, Gentry, Reagan and Summer. Scott and Debbie were married on April 7th, 1995.
Scott did a variety of things before he took over the family business, Superior Burial Vaults. He also designed and built "The Last Ryde", his pride and joy.
Scott had a lot of hobbies and passions. Some of which were, mountain man rendezvous, Last Ryde, Patriot Guard, Cowboy poetry, people watching and spending time with his family, especially his grandkids.
Surviving are his wife, Debbie; Children, Cheryl, Jennifer (John), Scott (Lynette), Brook (Brandon), Whitney, Gentry (Dustin), and Summer; 25 grandkids; 2 great grandkids; siblings, Michelle (Dave), Marty (Susan); sisters-in-law, Peggy and Sheila; and many nieces and nephews and others who thought of Scott as a dad and grandpa.
He is preceded in death by, his parents; brother, Shane; son, Dusty; daughter, Reagan; grandson, Scotty; brothers-in-law, Paul and Jerry.
Funeral Services will be held on Friday, November 22 at 11:00 am at the Brigham City North Stake Center, 620 North 300 East, Brigham City.
Viewings will be held on Thursday, November 21 from 6-8 pm at Gillies Funeral Chapel, 634 E. 200 S., Brigham City and again Friday at the church from 10-10:40 am prior to the service. Scott will be carried by "The Last Ryde" to Bountiful City Cemetery, where military honors will be accorded. Please send condolences and donations to www.gfc-utah.com.

2 people have supported the family by purchasing them flowers or gifts from the Healing Registry.

Dear Debbie and Family, We just saw where our dear brother Scott has passed and our hearts are so sad. We love you both. Sincerely, Ed and Merna Dalton

What a beautiful soul. He lit up my life the short times I cared for him as his Nurse. I’m in shock but truly he is free. Man worth knowing!

Scott will be missed by family very much. I'm so sorry, Debbie. You've had too many loses. thinking of you. Dennis & Betty Peck

Scott and Debbie acted like yuppies but never had a BMW until I gave both of them a Hot Wheel BMW at a mountain man rendezvous at Cache valley. The look on his face was totally a surprise. We enjoyed his company, humor and friendship for many years. He will be missed. Love Ed & LeAnn Lloyd

The attached photos are added to the memorial of Scott Bradford Bodell to help share their legacy.

Thank you for sharing your memory of Scott

Document your medical care wishes with our guide!

Click 'download' to start your preplanning journey and get our Living Will Guidebook straight to your inbox!