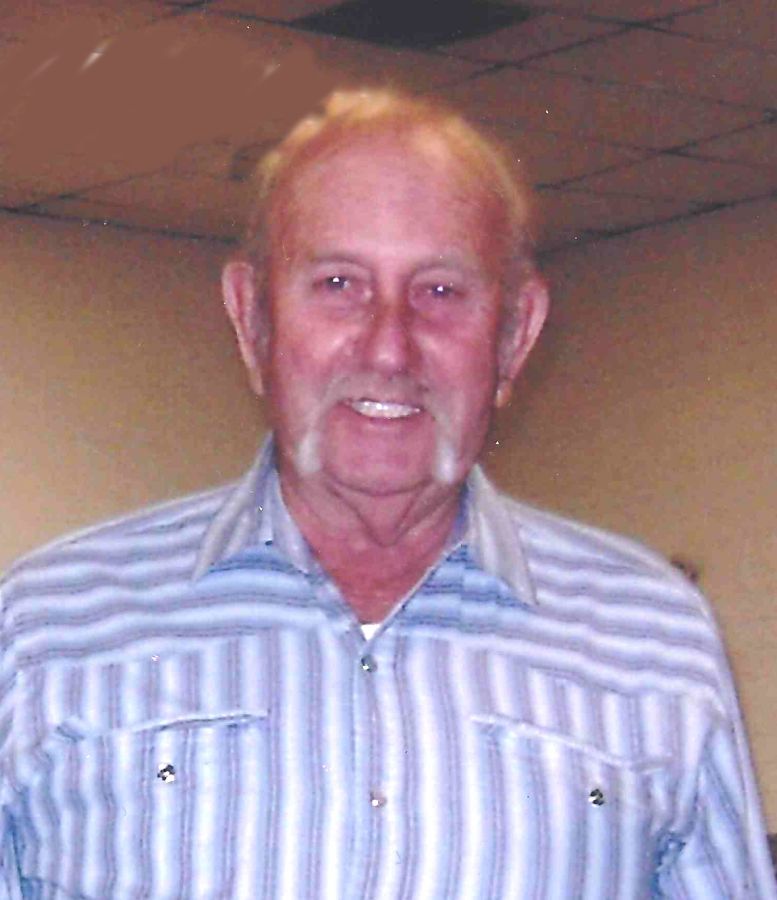 Arlin J. Poulsen
Our dear father, grandfather, brother, uncle and friend, Arlin J. Poulsen, passed away on Monday, June 23, 2020 in Brigham City, Utah, after a trying time with Alzheimer's. He turned 82 years old the day he passed away.
Arlin was born in Brigham City, Utah on Thursday, June 23, 1938, the 4th of seven children born to Clarence and Mary Pearl Nelson Poulsen.
Arlin was honorably discharged from the United States Navy after serving four years. He returned to Brigham City and was hired by Brigham City Corporation in 1960. He advanced there holding the position of Shop Foreman until he retired. He then worked with his brother, Gerald Poulsen driving truck and continued working until his second retirement.
He met Gracie Vernatice Mathis and fell in love with her but also with her children she was raising as a single mother. They were married in Sept of 1960. He not only became a husband, but also a dad and grandpa.
He loved being with his family, camping, fishing, and all the things they did together as a family. He loved to dance with Gracie, and they won many dance contests when they were young.
He was a very selfless man and always helped not only family but friends and strangers along the way.
Arlin was an avid hunter and along with his brothers they enjoyed many hunting trips along the way. A highlight of his life was an African Safari.
Arlin was a quiet man with a calm serene demeanor. You could always count on him to joke, tease, and bring a smile.
Arlin is survived by his five children: Mildred (Dale) Lee; Gene Dodd; Brenda Reno; Renea Carter, Joe Florez and many beloved grandchildren, great grandchildren, and great-great grandchildren. His three siblings, Glen and Duane Poulsen and Merle Richan.
Arlin is preceded in death by his parents, his wife, Gracie, one daughter, Ruby Spencer, four grandchildren, three great grandchildren and three siblings, Norma, Dorothy, and Gerald.
The family would like to thank Arlin's private caregivers, Sheila Hassett, Sonesaney and Hillary DeMonja, also to Signature Health Care, especially Erin and Elaine for all their loving care.
Graveside services will be held on Saturday, June 27, 2020 at 1:30 p.m. with a viewing being held at the cemetery from 1:00 to 1:30 p.m. at the Brigham City Cemetery, 495 East 500 South, where military honors will be accorded by the Combined Veterans of Box Elder County. Send condolences to www.gfc-utah.com.

Arlin was a kind and friendly man. I am so sorry to hear of his passing. May our Heavenly Father bless your sweet family at this time. I have moved from Brigham City but my thoughts and prayers are with you.❤️

Heartfelt condolences to Arlin's siblings Merle, Duane, Glen, and all other family members. May you be blessed with comfort and peace knowing the close and loving relationship the Polsen family has. We wanted to be with you at the graveside service, but because of our health issues, we are unable to. Please know that you are in our thoughts and prayers. Much love, Joe and Norene Jacobson Elson

So very sorry to hear of Arlin gaining his Angel Wings.. He will be missed by all of you and many more. My thoughts and Prayers go out to the Family. May Arlin Rest In Peace in Heaven .

I am so so sorry Millie, words can not express my sadness for you at this time. Much love, much peace, and beautiful memories.

The attached photos are added to the memorial of Arlin J Poulsen to help share their legacy.

Thank you for sharing your memory of Arlin