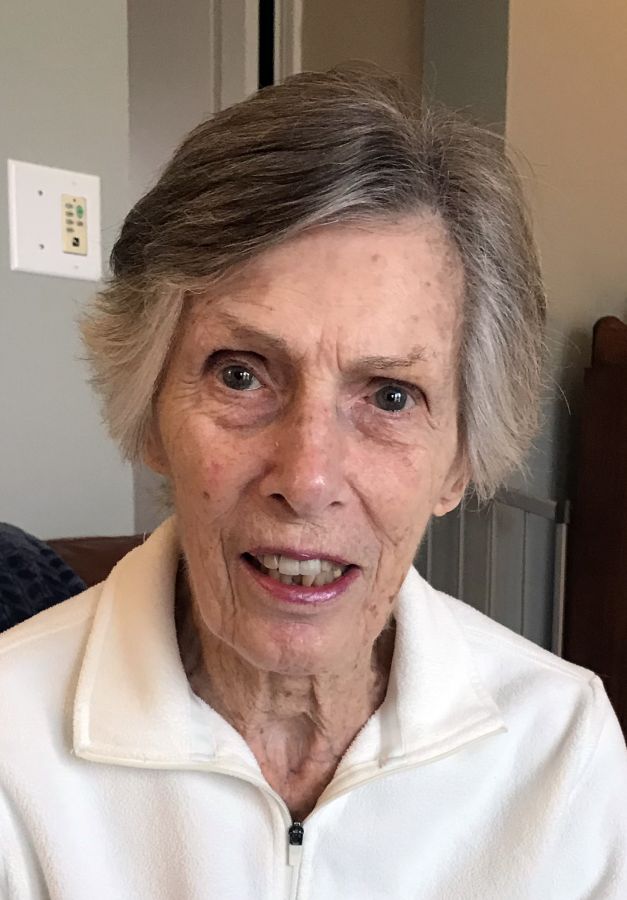 Our loving mother, grandmother, great grandmother and friend, Patricia Ann Michell, 93, passed away peacefully on Monday, June 22, 2020 at the The Lodge in North Ogden, Utah.
She was born on March 29, 1927 in Reading, Pennsylvania, a daughter of August Henry and Elsie Irene Shaw Schroeder. Born Patricia Ann Schroeder, she lived with her parents in Hackettstown, NJ. Her father received orders to the war in Europe and arrived in Normandy on D-Day +4 (days). When Germany was liberated, Patricia and her mother sailed on an Army troop transport to Germany to join her father, who was then assigned as the director of European ports and inland waterways. Patricia Michell led an exemplary life. Her first residence was in the curator's home of The Museum of Natural History in Frankfurt. Her next home was the Dyckerhoff residence overlooking the Rhine River. The Dykerhoff's company "Portland-Cement-Fabrik Dyckerhoff" provided the cement for the base of the Statue of Liberty on the Hudson River. While living in Germany Patricia attended the University of Frankfurt and enjoyed duck hunting on the Rhine while standing on the back of a PT boat.
Bernard (Ben) Lloyd was the adjutant to her father, the Colonel. Patricia and Ben became friends and soon married in the nearby Kronberg Castle. After her fairytale wedding, they traveled by private train to honeymoon in the South of France. Patricia's years in Germany exposed her to fine art and the wonderful German people and their culture. Ben and Patricia had three children: Adrian Denise, Randall Bernard, and Gregory August.
Patricia remarried in 1968 to Dr. George Michell, also of her hometown of Hackettstown, NJ. They had been classmates in both grammar and high school. George and Patricia resided in Patricia's home in Lake Lenape, in Andover Township, NJ, where she lived until moving to Utah in 2018 to live with her son Randall (Randy). Their home in Lake Lenape was lake front property, so water sports were always popular for George and Patricia and Patricia's children from her marriage with Ben.
Patricia was an excellent cook and baker, hosting formal and informal dinner parties for family and friends. George was an exceptional organist, so George and Patricia hosted dinners with dancing afterwards as George played popular show tunes for their guests. She and George loved to travel, visiting Europe, Canada, the Caribbean, and many US states. After her son Randy enlisted in the US Navy, Patricia went to work at the Sussex County Racquet Center in Sparta NJ. as a receptionist for twenty years. She also played on tennis league teams during that time. In her later years, Patricia enjoyed yard work and reading books on her deck overlooking the lake, and dining in her favorite restaurants with family. Patricia enjoyed riding her racing bike on the Northern New Jersey roads up to her early eighties, often riding 10-20 miles per day.
The family would like to thank Canyon Hospice and the staff of The Lodge at North Ogden for their loving care of our mother.
Surviving are three children, Adrian Denise (Mark) Yager of Indiana; Randall Lloyd of North Ogden, UT; Greg (Susan) Connecticut, 6 grandchildren, and three great grandchildren.
She was preceded in death by her parents, her husband, her brothers Lester Schroeder and Brian Schroeder,
Graveside services were held in Logan City Cemetery, 1000 North 1200 East, Logan, Utah 84321 on Friday, June 26, 2020 at 11:00 a.m.
Condolences may be sent to www.gfc-utah.com

The world is going to miss another beautiful person. Patricia was one of those wonderful moms in Lake Lenape that spoiled all of us kids. She made everyone feel welcome and at home, and was always trying something new in the kitchen. I think one of my favorites was her homemade cheesecake she made in the microwave. She one one you always found working another project either in the yard, or house just never really sitting still. Our sympathies and prayers go out to the family.
Roy and Johann

At this difficult time Bob and I want you to know you have our deepest sympathy. Pat was such a pleasure to work with at the Racket Center. She always had a beautiful smile for all... the customers as well as the staff. She was very conscientious about her work and made my job in the office much easier. I recall how she worked efficiently and calmly. Everyone respected her for her caring attitude. I have missed seeing Pat over the last several years and hope she has had much happiness in her retiring years. May she rest in peace. Blessings, Pat and Bob Kulley

It was such a pleasure to work with Pat at the Sussex County Racket Center (SCRC) now Sparta Athletic Club. I played tennis there before I began working for them. I always hoped Pat would be at the desk when I came in to play or bring my son for his lessons. When I became desk manager I was able to work alongside Pat and really get to know her. She was such a great lady. I couldn't believe that she biked all over the county. She even played tennis on our women's teams to help out. It was a pleasure to know Pat and I want to send my condolences to her family. Through her I met Randy and Chris and I am thinking of them now. Love, Linda Palmer

I have so many fond memories of your beloved Mom. Beautiful spirit, loving and kind to all she met. Please except my deepest sympathy. Rest In Peace Pat you are loved. Love, Marie Rosselli & Sons.

The attached photos are added to the memorial of Patricia Ann Michell to help share their legacy.

Sign up to get our FREE Hospice Resource immediately in your inbox!