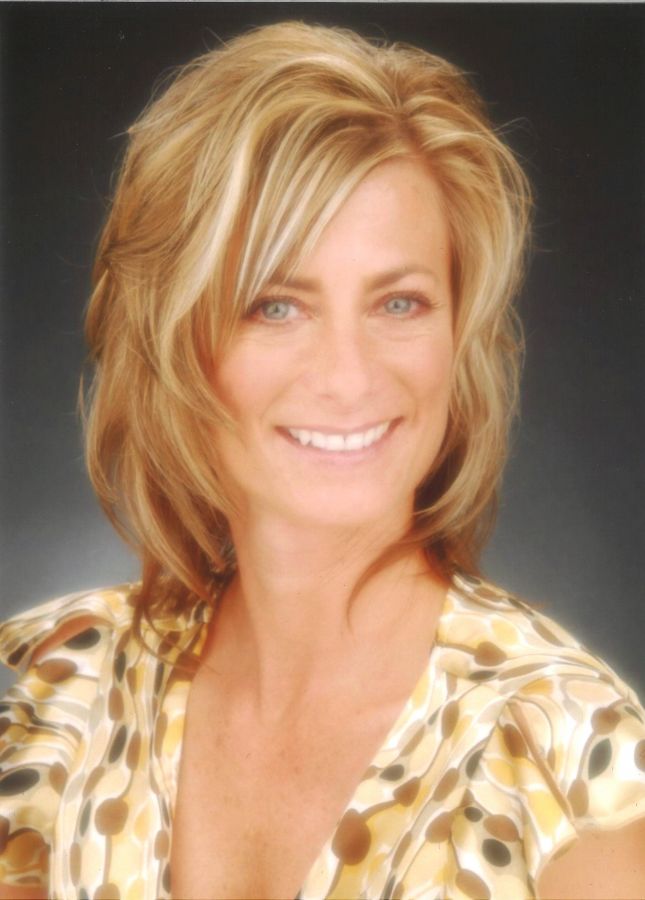 Deb Berrett
Our loving wife, mother, grandmother, daughter, sister, aunt and friend, Deborah Victoria Gardner Berrett, 53, passed away unexpectedly on Monday, May 3, 2021 at the Brigham City Community Hospital.
Deb was born on September 14, 1967 in San Diego, California, a daughter of Richard Gardner and Betsy Moore McCarley.
Deb graduated from Box Elder High School in 1985.
Deb married Garen Hyer in 1986 in Brigham City, Utah. From this union they had three children, Ashley, Trisha and Kaden. They were later divorced.
Deb married Adam Elliott in 2002 in Brigham City, Utah. They were later divorced.
Deb married her sweetheart, Gregory Travis Berrett on April 27, 2012 in Brigham City, Utah.
She was a member of the Brigham City Bible Church.
Deb was currently working at the IRS in Ogden as a manager. She had been working there for over 22 years.
She enjoyed doing crafts, making flower arrangements, running, yoga, reading, was a movie buff, and especially watching Hallmark. Most of all, Deb loved being with her grandchildren.
Surviving is her husband, Travis; three children, Ashley Hyer; Trisha Jensen; Kaden Hyer; 7 grandchildren, Justice, Samya, JayTee, McCoy, JayDrix, Aviendha, and Daxton; two step sons, Joshua Berrett; Colton Elliott; one step daughter, Jessie Elliott; her parents, Richard (Charlene) Gardner; Elizabeth McCarley; one brother, Bobby (Mary) Gardner and one sister, Chrissy (Scott) Daniels.
Everyone Deb met she treated like family and we're blessed to have met her. Deb had enough love for everyone in her life. Deb's honesty always brought out the best in you, if you had the maturity to know that she was speaking from a place of truth and love, Deb you will be missed greatly we love you.
Funeral services will be held on Saturday, May 8, 2021 at 7:00 p.m. at Gillies Funeral Chapel, 634 E 200 S., Brigham City, Utah. Click this link to view additional details about Deborah's Services, including any available live streams: https://my.gather.app/remember/debbie-barrett
A viewing will be held prior to the services on Saturday from 5:00 p.m. to 6:30 p.m.
Send condolences to www.gfc-utah.com

To plant a beautiful memorial tree in memory of Deb Berrett, please visit our Tribute Store

Plant a tree in memory of Deborah

Plant a Tree
5 trees planted in memory of Deb Berrett

Debbie and I were pregnant together. She was Trisha and I was pregnant with Natasha. We spent a lot of time together. I will always remember are time together. We played a lot of cribbage. Love her girls so much. We sure will miss her. My prays are with her family. If there anything I can do please get a hold of me.

We loved Deb so very much and we love all of you. You are in our thoughts and prayers. 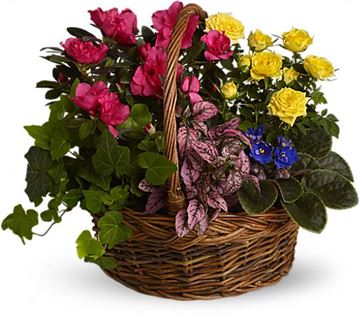 Blooming Garden Basket was purchased for the family of Deb Berrett by Russell and Penny Evans.

I had the opportunity to help in her home with some housecleaning projects she needed help with. We were able to visit and get to know each other. She is a family friend and I have always thought a lot of Deb. She is a beautiful person. She has experienced many health trials which she was so brave and kept working through them. May you continue to feel her presence and know she is at peace. You will see her again. There are many who will support and help you as you go through this trial.

I had the opportunity to help Deb in her home with house cleaning. She is a good friend of my family, so I have had the opportunity to get to know her and help her. May you find peace and comfort at this time as you feel her love to be with you and she will continue to watch over your family. My best to each of you.

I will miss my friend so much. I love you Deb.

Memorial Tree was purchased for the family of Deb Berrett by Dawn Murray.

Our deepest sympathy and love for ever and ever... JoAnn and Gary 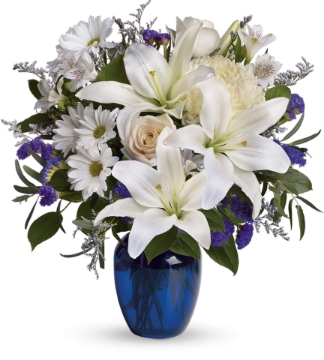 Beautiful in Blue was purchased for the family of Deb Berrett by JoAnn and Gary.

A tree was also planted in memory of Deb Berrett

Hugs, Kisses, and Loves. Remembering Debbie. All our love The Gardners.

Memorial Tree was purchased for the family of Deb Berrett by Tribute Store.

We will always be grateful to Deb for all she did for our team! Our thoughts and prayers are with her family and friends! 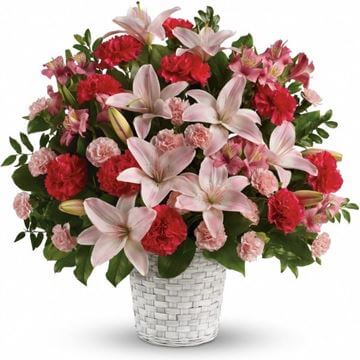 Sweet Sincerity was purchased for the family of Deb Berrett by Exam Team 82430.

We love you grandma. 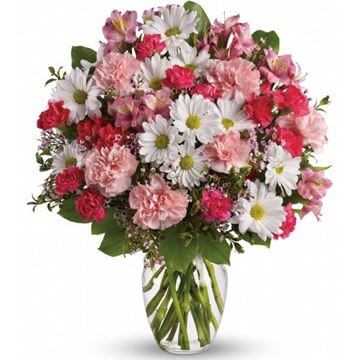 Sweet Tenderness was purchased for the family of Deb Berrett by Tribute Store.

We know even with how beautiful these flowers are they are not nearly as beautiful as the memory of your mother. We are here for you, Ashley. 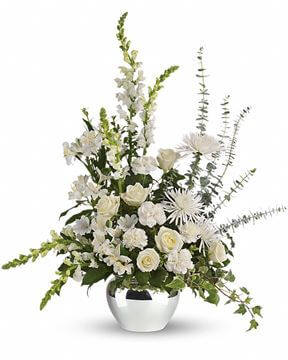 Serene Reflections Bouquet was purchased for the family of Deb Berrett by Team C5009.

Travis, Deb made this world a better place just by being in it. Thanks for sharing her friendship and your friendship with us.

Blooming Garden Basket was purchased for the family of Deb Berrett by The Odekirk/Brown family Gaylene.

Sorry for your loss. Our prayers go out to her love ones through this difficult time.

Travis & Family
Are prayers go out to you through this difficult time, we'll miss the neighborhood chats we had.
She'll be greatly missed.

I’m am so sorry to hear of Deb’s passing❤️I had a great time getting to know her at our cabi parties, she also leaves behind a fantastic wardrobe! Rest in piece Deb, I will miss our good time together😢 You are all in our thoughts and prayers.
David and Lori Ebeling

My most sincere & heartfelt condolences to all of Deb's family. Sending my prayers and good thoughts to all. With love, Michael (Mike/Mikey) Millican 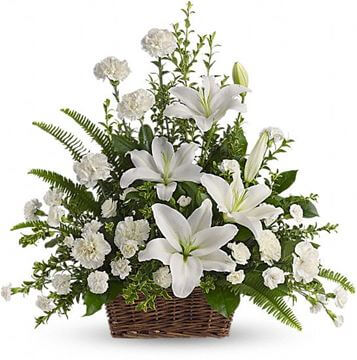 Peaceful White Lilies Basket was purchased for the family of Deb Berrett by Michael Millican.

A tree was also planted in memory of Deb Berrett

Deb was very kind. I had breast cancer in 2017, and she gave me a journal signed by other survivors and a chest of supplies. There were treats, hats, books and other helpful things. She always asked how I was doing afterwards. She was a wonderful person and will be missed. I will remember her family in my prayers.

I am so sorry to the whole family for your loss! Deb was a good person and I knew her way back when she was helping babysit my kids! Prayers and comfort sent to all of you during this time of need! My heart breaks for you all! 😢😇🙏❤

The attached photos are added to the memorial of Deb Berrett to help share their legacy.

Please help memorize Deb Berrett by recording your attendance below.

A little planning now makes a big difference later. Sign up for our free funeral planning reminders to ensure this importan...