Russell Ted Wallace of Honeyville, Utah suddenly left this world on October 16, 2021, at the age of 42. Russell was born January 2, 1979 the 5th child of Robert John and Ellen Tolman Wallace. Every year on his birthday Russell was reminded he may have been the New Year's baby, had his dad not been too busy watching football on New Year's Day to take his mom to the hospital. Russell had an inquisitive mind. As a child he was always getting into mischief. His mother would often tell his siblings "Go find Russell, and tell him whatever he's doing to stop it."
Russell was an avid reader and loved to read from an early age. He had a great memory and would often rather read a book then do his homework. He was always sharing facts and trivia from books, and articles he read.

Russell was a hard worker. He gained satisfaction in seeing what hard work accomplished. He loved to work around his home, and share the progress of his projects. He was employed at the Walmart DC in Corinne, UT.

Russell was always kind to everyone he met. He was a great example of service. If anyone ever needed any help, they would always ask Russell, because he never said no, and never wanted any recognition. Towards the end of his father's life Russell was one of his primary caregivers. For the ten years between his parents passing he took care of his mother. One of his nephews referred to him as "Grandma's husband".
Russell received a Certificate of Appreciation from the Office of the Lieutenant Governor and the Utah Commission on Service and Volunteerism for volunteering his time as a Respite Care Provider. In true Russell fashion, many of the people he cared for loved him and became close to him. Russell did this all on his own and without telling others for quite a while. When he was asked why he decided to become a Respite Care Provider he replied that, he felt it was a good way to spend his time, and that he had the time and people needed the help. Russell was a true example of loving and serving everyone.

Russell's house was a gathering place for his family. His door was always open. He worked hard to continue the family traditions/parties his parents started when he was young, as well as starting some of his own. He was a legendary uncle. He was always looking for ways to show his nieces and nephews he loved them. He always had time for them. In their eyes he was not just their uncle, he was their friend.
Russell loved to pull pranks and get people worked up. He liked to get a good reaction, whether it was from one of his famous Christmas gifts, a made-up story, a gag hat or t-shirt. He was always creative in the ways he accomplished this. He also loved a good joke, a good laugh and he loved to share them with everyone.

Russell had many hobbies and talents, he loved music, spending time outdoors, cooking, movies, and doing things with his family. He was a devoted walker. It was not uncommon for him to walk miles a day many times, before the sun came up. He once decided he wanted to walk the same distance as a marathon (26.2 miles) in one day.

Russell loved animals, especially dogs. To Russell a good dog was truly man's best friend. He loved taking his dogs to dog parks where both, he and his dogs made lots of friends. It was at one of these dog parks where Russell met the love of his life, Elysia Pettersson.
Russell and Elysia were married April 15, 2021. When Russell married Elysia he also gained a family. In the months after their marriage, they spent lots of time exploring, going places, and doing things as a family. This made his life complete.

With Russell what you saw is what you got. He was a genuine soul, who never worried what anyone thought of him. He was true to himself and what he believed. Russell leaves behind many people who love and miss him. Russell is survived by his wife Elysia, Stepchildren: Amare, Kyan, and Azalea. Brothers and Sisters: Penny Wallace Harrisville UT, Robert (Mykell) Wallace Missoula MT, Angela (Darrin) Cushman Avon UT, Ralph Wallace Crescent OK, Jennifer Wallace Brigham City UT, Ronald (Sarah) Wallace Logan UT. Nieces and Nephews; Divanah, Rose, Roselena, Brayden, Kade, Kipten, KC Ellen, Alex, William, Forrest, Lauren, James, Benjamin, John, and great niece Zaria. As well as many in-laws, uncles, aunts, and cousins.

In lieu of flowers, a donation can be made to the Russell Wallace Memorial Fund through America First Credit Union.
Services entrusted to Gillies Funeral Chapel.

To plant a beautiful memorial tree in memory of Russell Wallace, please visit our Tribute Store

Celebration Of Life For Russel 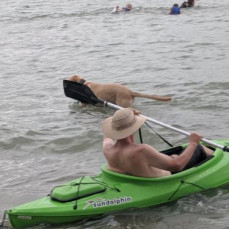 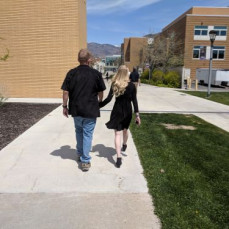 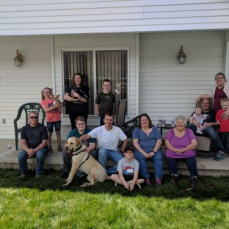 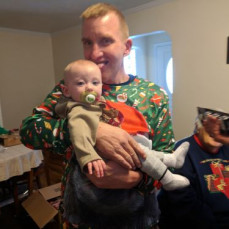 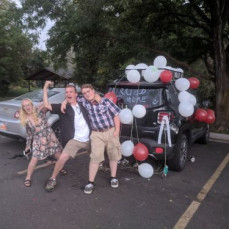 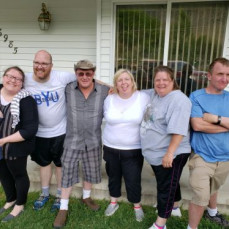 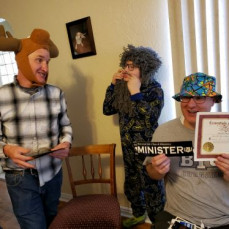 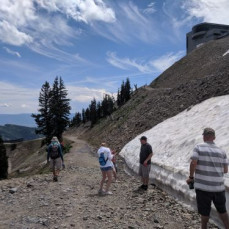 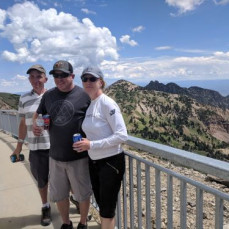 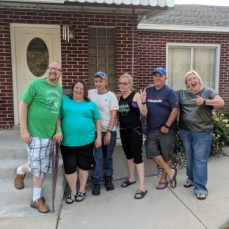 The attached photos are added to the memorial of Russell Wallace to help share their legacy.

Please help memorize Russell Wallace by recording your attendance below.

Sign up to get our FREE Hospice Resource immediately in your inbox!